The Museum of Ventura County invites you to join us for the next installment of our bi-monthly Zoom series, Local History Happy Hour. In this series, local authors and historians will sit down with The Barbara Barnard Smith Executive Director Elena Brokaw to discuss their unique perspectives on our region’s history, and take questions from the audience.

Mark your calendars for Tuesday, July 27, 2021, from 5—6 PM for the next episode featuring Alicia Doyle, author of “Fighting Chance.” Admission is free with registration.

Ventura resident Alicia Doyle is an award-winning journalist and the author of Fighting Chance, which won First Place in Creative Nonfiction in the 2020 North Street Book Prize Winning Writers Competition. Judges of this competition stated: “During this difficult year, we were happy to read an upbeat account of endurance and empowerment.” Based on a true story, Fighting Chance is about Alicia’s discovery of boxing at age 28 in the 1990s when she went on assignment at a boxing gym for at-risk youth. For two years, she worked as a newspaper reporter while competing as a boxer, making her one of only 400 women in America who infiltrated this male-dominated sport. During her boxing career, Alicia won two Golden Gloves championship titles, and her pro debut at age 30 in the year 2000 was named The California Female Fight of the Year. As a journalist with more than 25 years of experience, Alicia has covered a range of topics, from crime to sports to special education. With an affinity for human interest stories, she has written hundreds of thousands of articles about inspirational people, places, events and organizations that have a positive impact on the community and world at large.

More about Alicia Doyle’s career can be found on her website at www.aliciadoyle.com.

Local History Happy Hour will return in August. More information will be available in the coming weeks. 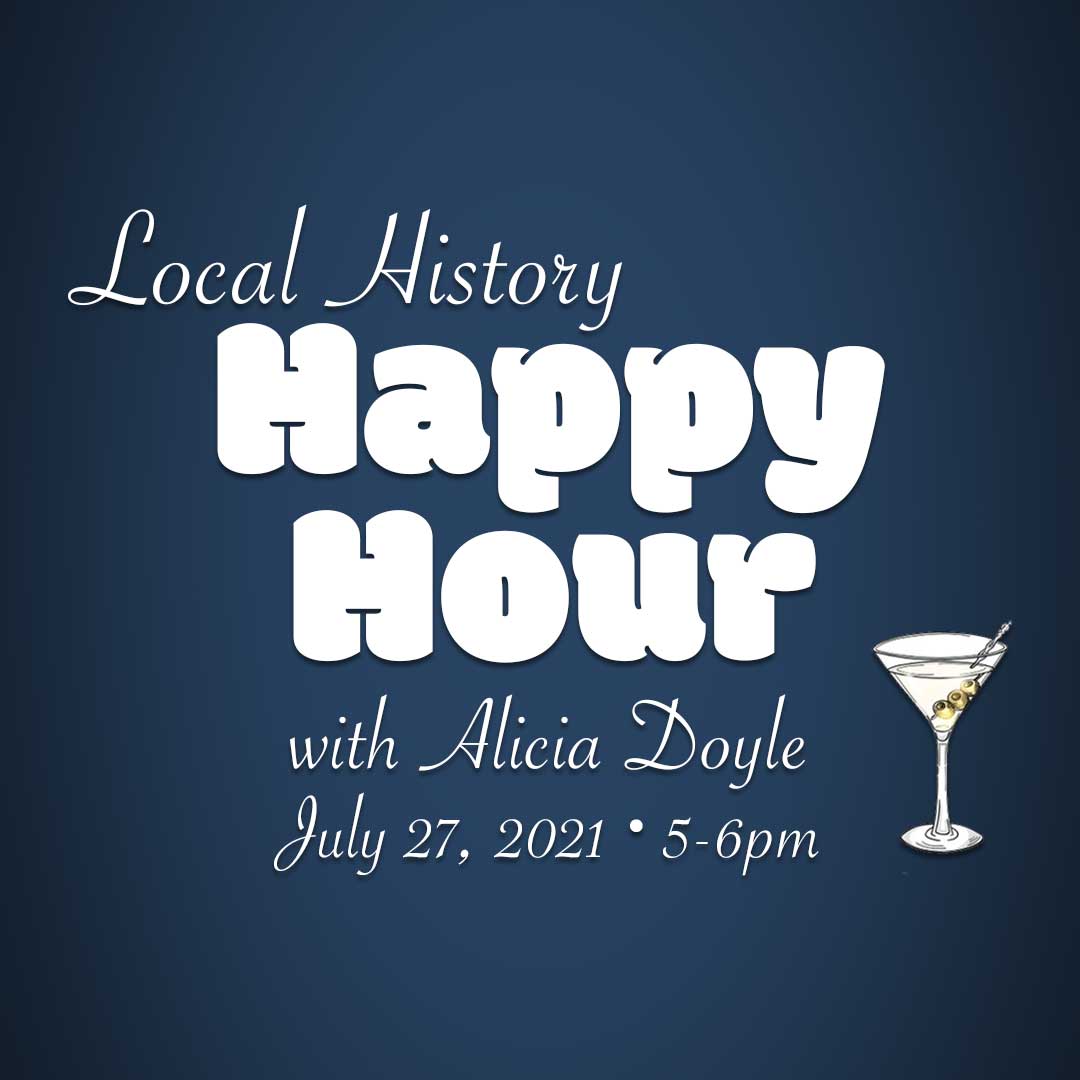